Lincoln signed a multiyear partnership with Oscar-winning actor Matthew McConaughey that we kicked off in social during the Emmys in 2014, and in broadcast in September 2014 with a series of spots promoting the 2015 MKC compact luxury crossover. Directed by Nicolas Winding Refn, McConaughey brought his renowned character acting to the commercials. The quietly crafted spots succeeded in creating great awareness for Lincoln, as well as inspiring multiple parodies that we playfully acknowledged in social. In addition to drawing a younger affluent customer to Lincoln dealerships, the spots are credited in helping to increase sales volume of the brand by 16% over the prior year. The campaign extended from broadcast into print, digital, social, and experiential, as an integrated cross-channel launch campaign carrying the theme of "Live In Your Moment". 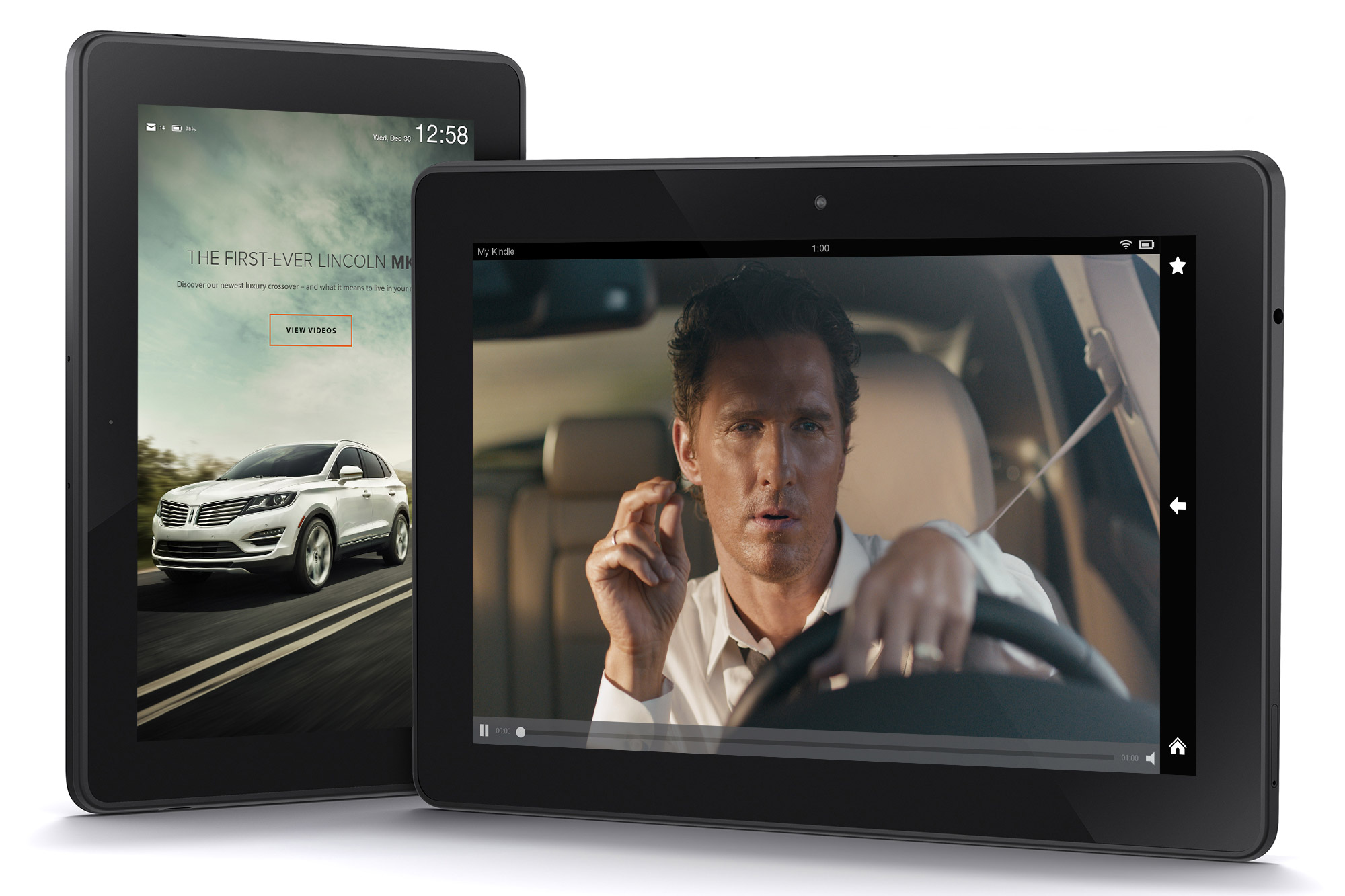 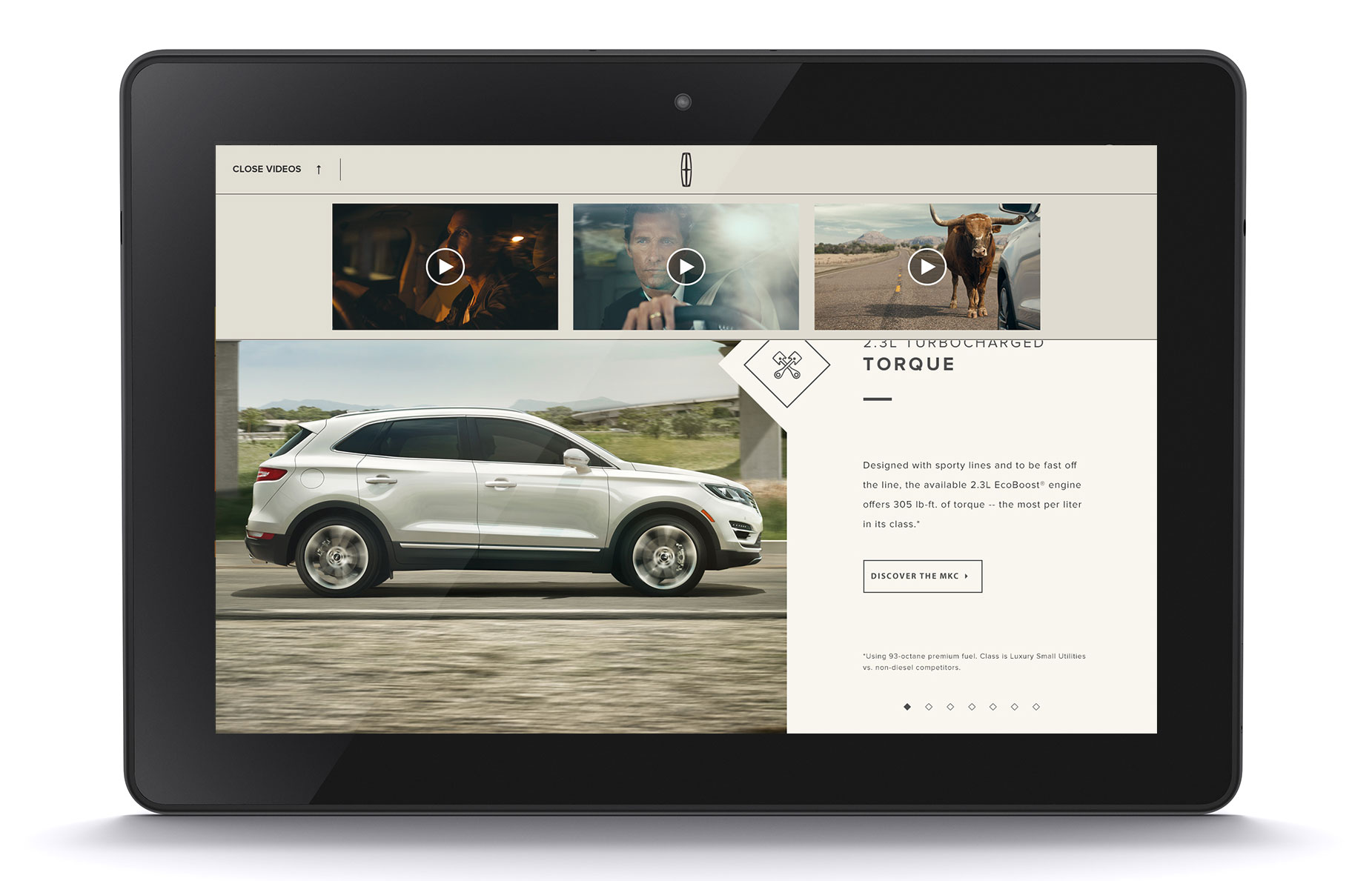 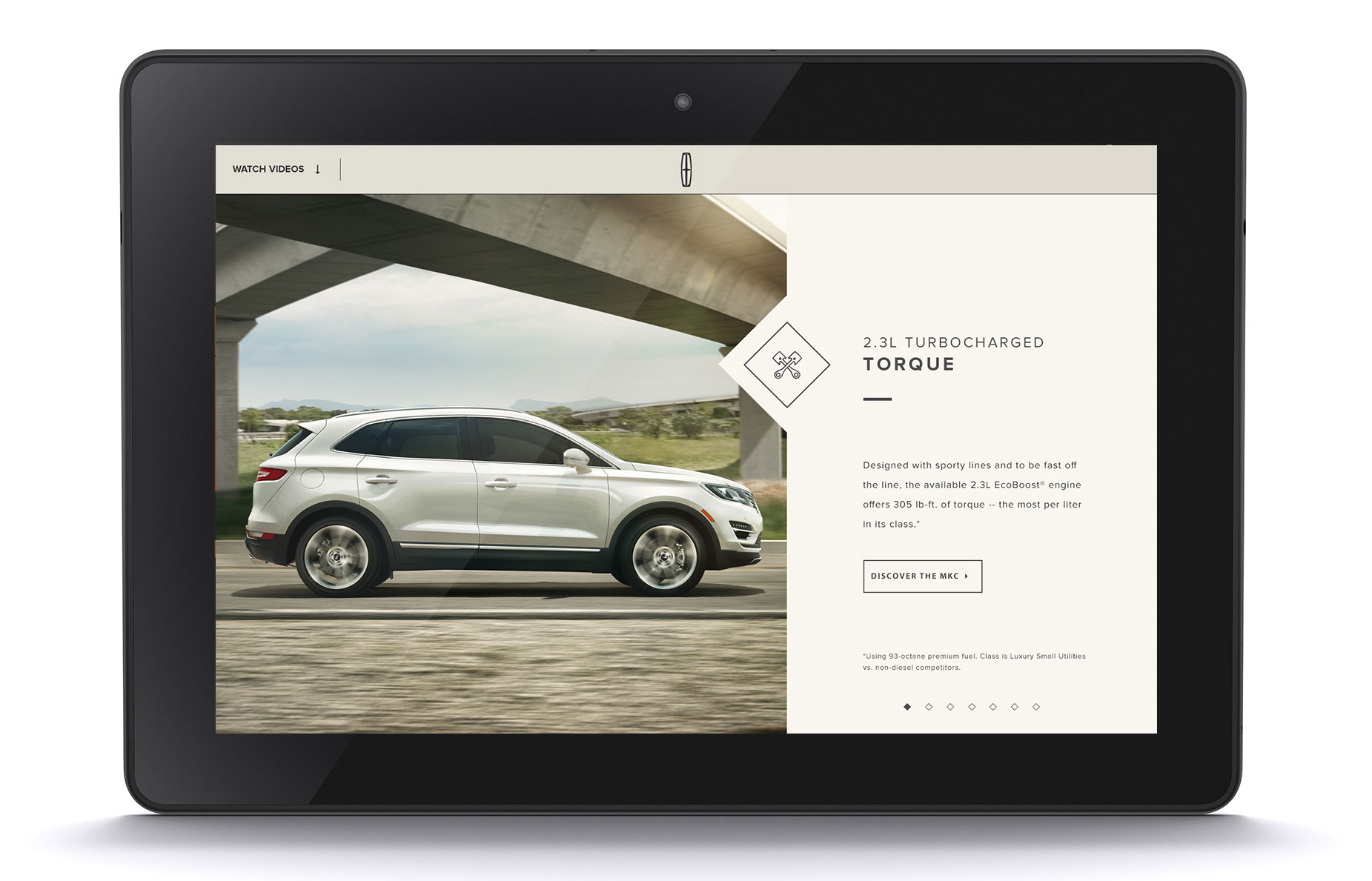 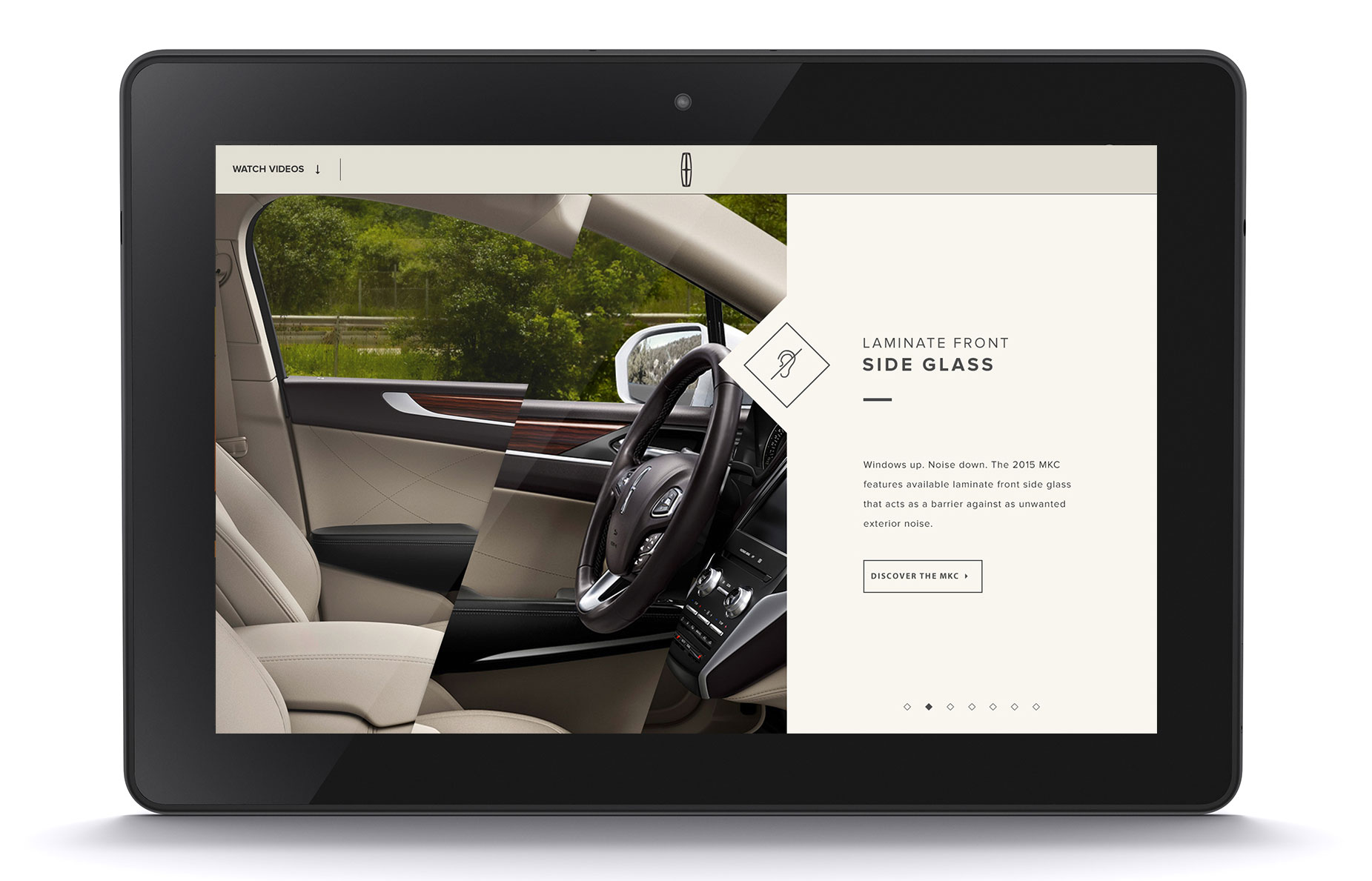