Rather than introduce a new tagline for Lincoln before the evidence of an all-new lineup had materialized, we decided to change the name of the company instead. Actually, we reverted to the original name of the company at its inception, in an effort to message a re-dedication to its original ideals. The Lincoln Motor Company not only resonated with consumers and the press, but to the critically important internal audience at the company itself. We used the all-new MKZ to evidence the new focus of the company. 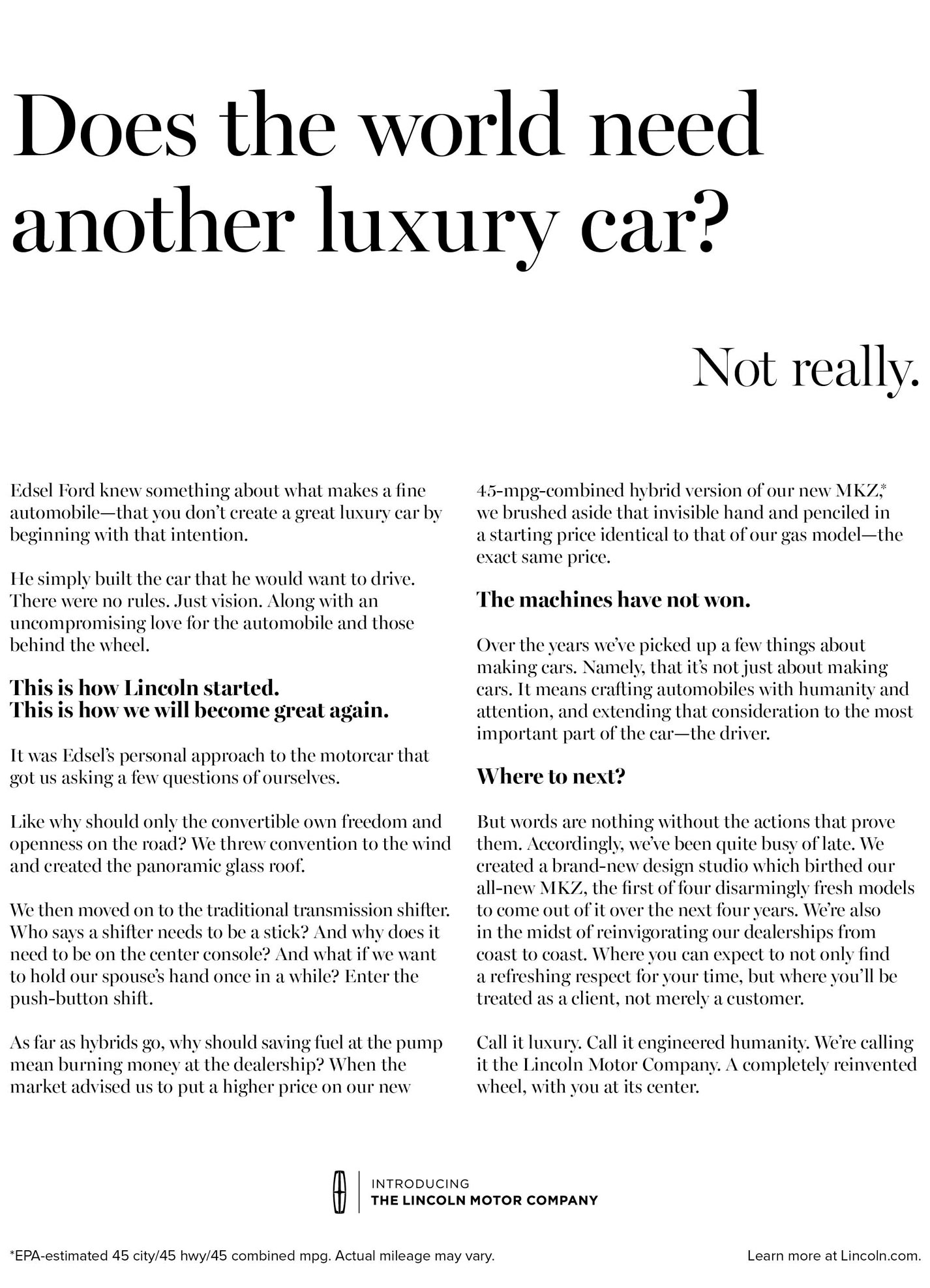