The launch of the MKX in the Fall of 2015 had us returning to Mr. McConaughey again, but this time with content directed by Gus Van Sant. And whereas the first campaign featured enigmatic monologues, these spots didn’t utter a word. We also took to heart something we learned with the previous McConaughey campaigns: consumers were hungry for more content. So, in addition to the three launch spots, we created online films on the fictional backstories of the three characters featured in two of the TV spots. Each character represents a key feature of the MKX. Further, we partnered with 3rd party experts to explain each of those three key features in ways people could relate to. All the content lives on Lincoln.com, so we are essentially guiding people down the purchase funnel, with stories that range from more allure to more information. 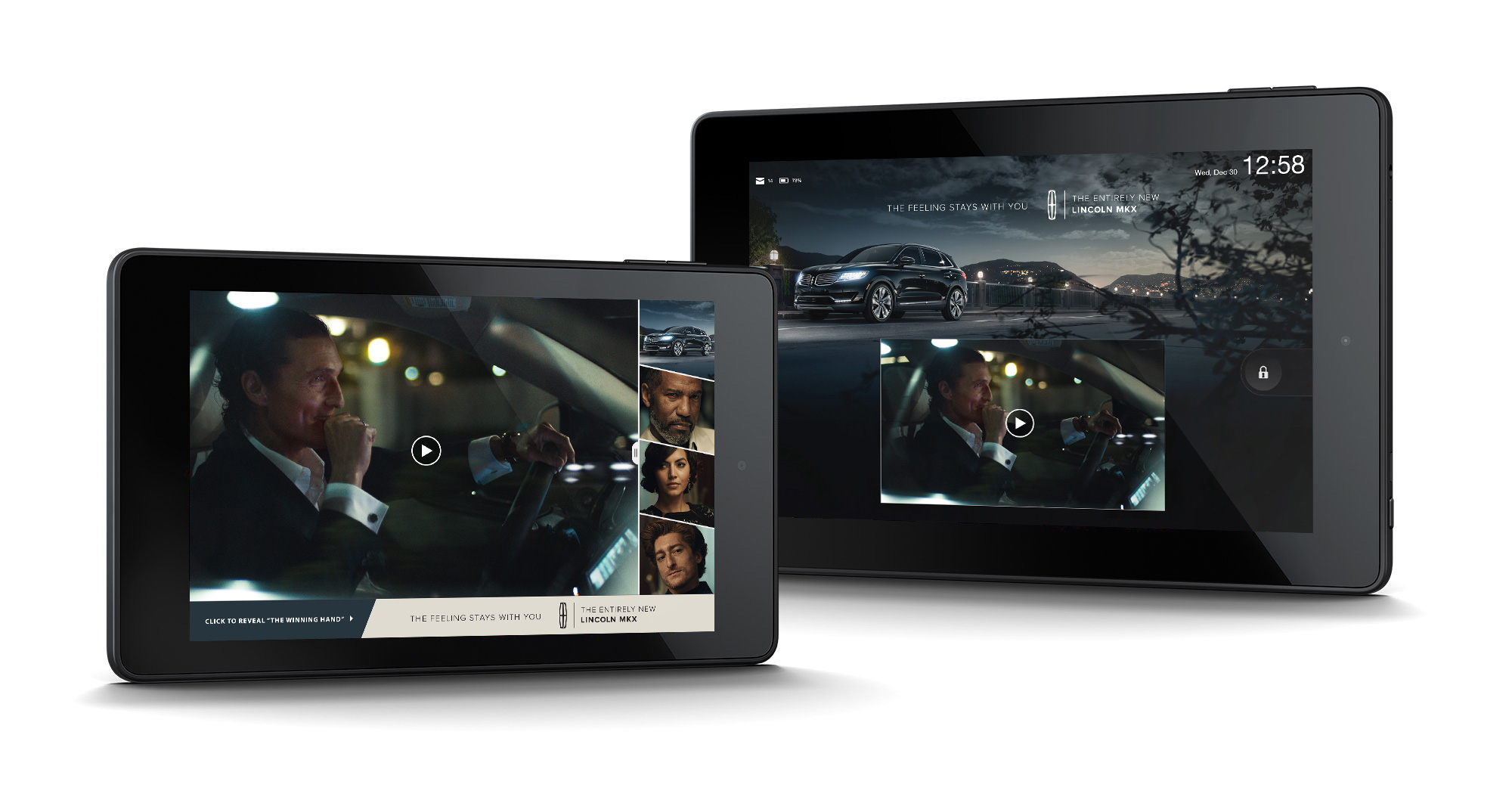 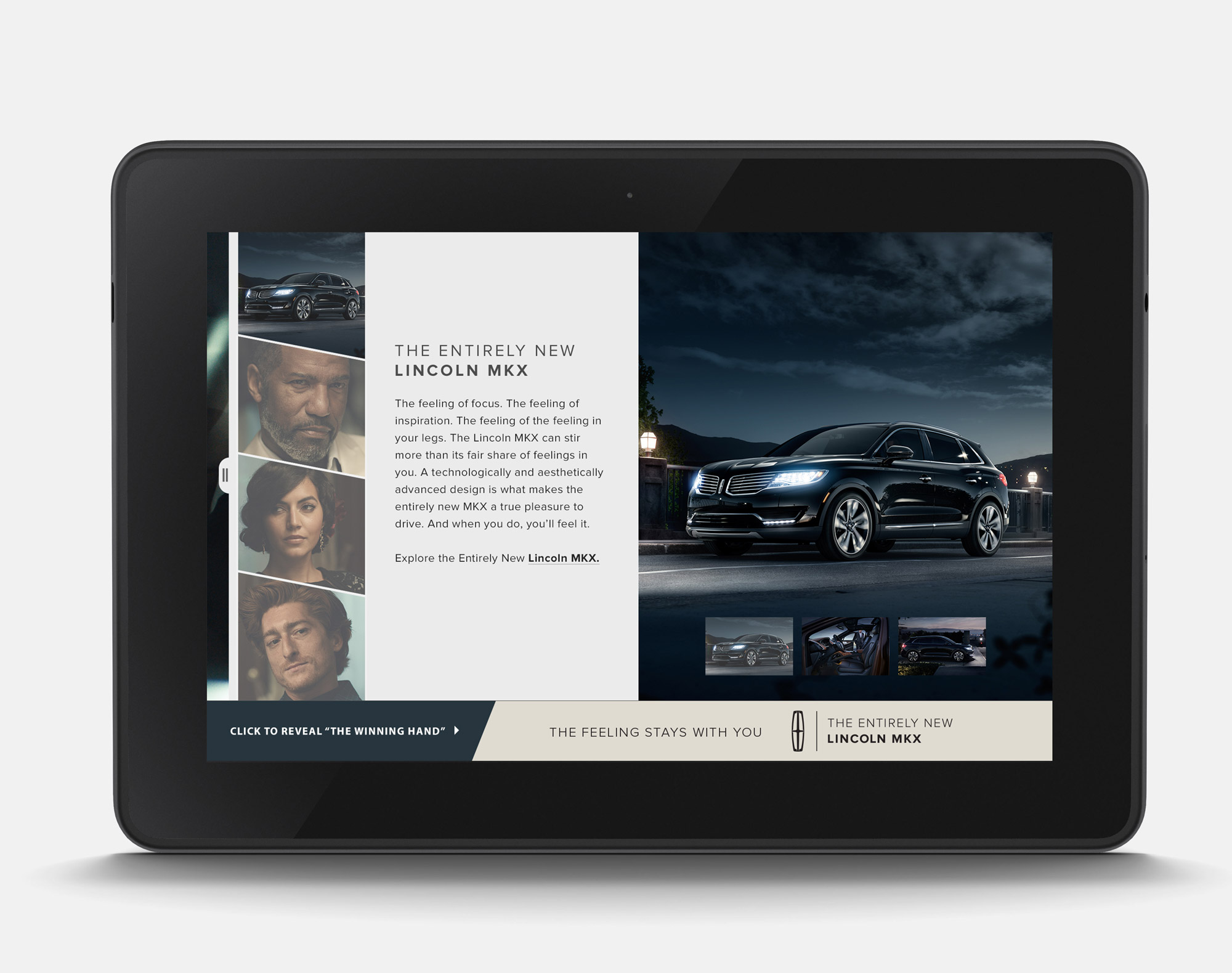 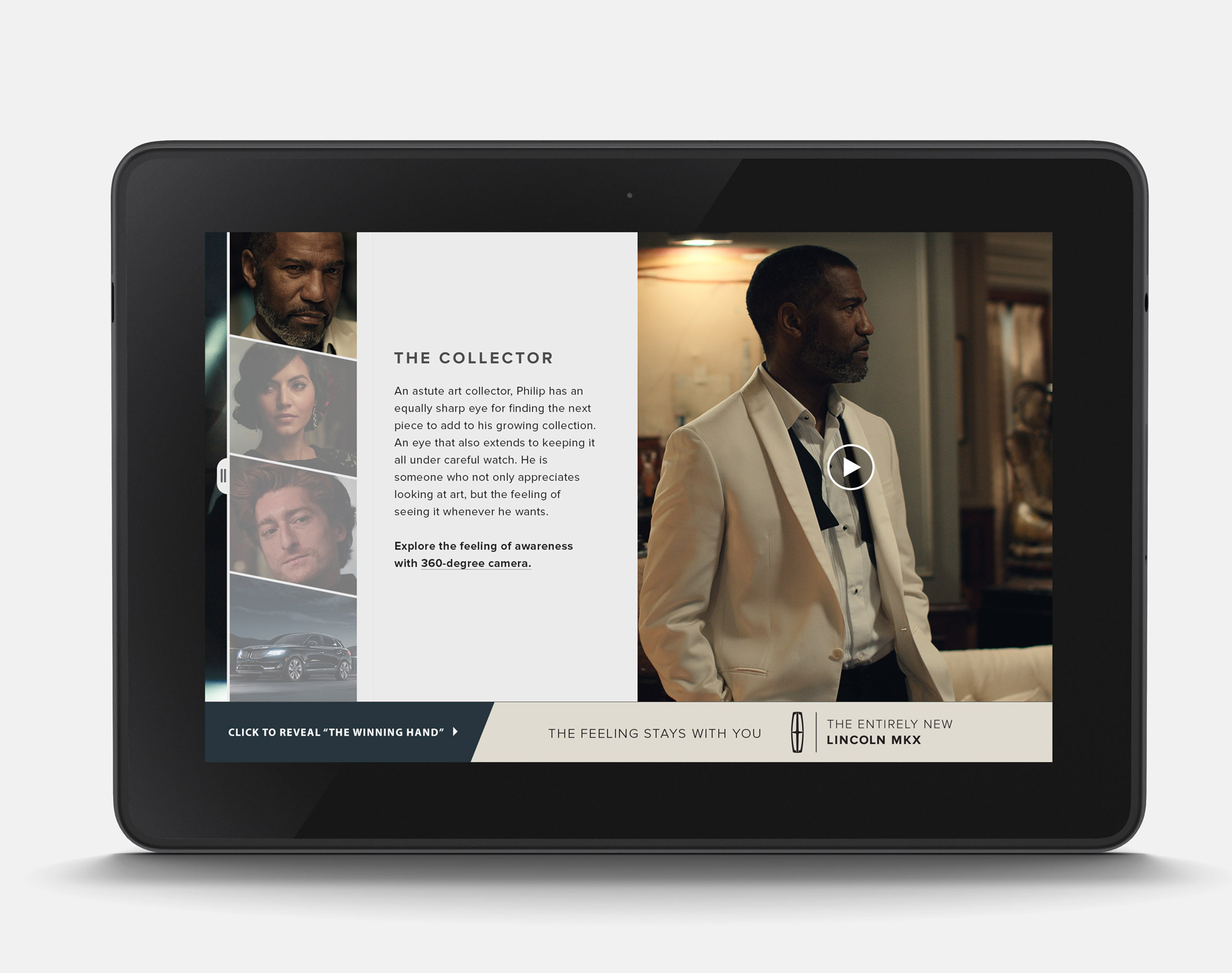